Soarcoin Coin is a cryptocurrency based on the Ethereum blockchain and was developed for use in digital wallets.

In particular, it aims to improve the efficiency and transparency of personal payments and transactions. SOAR enables real-time banking, which means that transfers can be made at any time, regardless of your personal location.

Also, there are no limits on the amount of the payment, and all transactions are carried out under the highest security conditions.

Furthermore, SOAR is to be used in the context of online commerce, so that all payments between users and sellers are secured.

According to the developers, the introduction of SOAR is planned for the second quarter of 2018.

In September 2017, the developers migrated the so-called Smart Contracts to the platform.

The first beta of the SOAR wallet is due to be released in November so that the developers can make suggestions for improvements.

The final iOS and Android apps, the new whitepaper and the growth plan for the Indonesian market will then be released in December.

The agenda for 2018 includes the launch of the App for the Australian market, expansion into markets that do not yet have a large coverage with banks, and the development of SOAR Wallet 2.0. 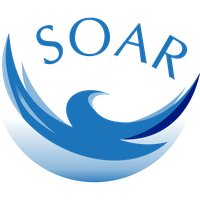 Which team is behind the development of the Soarcoin Coin?

Behind Soarcoin Coin is a team of nine people represented by Seth Lim as CEO. Seth is also a co-founder.

The second co-founder of SOAR is Neo Wenyuan, who also takes on the role of CTO. Andy Bailey is responsible for SOAR’s finances.

Himanshu Pandey is the main person responsible for project development and also an advisor to external clients.

Micha Roon is an employed developer and together with Ryan Francois Venter is responsible for the stability of the platform.

Wesley Chan covers the Soical Media and Community Relations and is supported by Esther Ang.

What is the current market capitalization of Soarcoin Coin?

The coins were issued at a price of $0.052 per share, resulting in a market capitalization of $36.3 million.

Only one day later, on July 7th, SOAR reached its highest level to date.

The coins price was $0.053, and market capitalization increased to $37.2 million. Since then, the cryptocurrency has been in consolidation and is currently at its lowest level to date.

Also, there are currently 763 million coins in circulation.

However, the number of coins has been limited by the developers to a maximum of 5 billion, so that currently less than 20% of the total currency is in circulation.

The daily trading volume is around USD 20k and is realized exclusively by trading between SOAR and Bitcoin on the Livecoin exchange.

You can’t buy it directly for fiat on any exchange. You can choose the best cryptocurrency exchange for your region and but BTC there, then trade it for SOAR on exchanges. Learn here how you can instantly convert altcoins to bitcoin and vice versa.

Our recommendation is always check if Coinbase is available for your country and buy there – as it is by far the safest and best regulated bitcoin exchange. Coinbase is legit and trustworthy crypto exchange.

If your country is not available on Coinbase – check for Coinbase alternatives and buy BTC on one of those exchanges. You can always exchange your coins on Changelly (see our review of Changelly here), instantly and directly to BTC.