Five Bitcoin Lessons for Every Investor 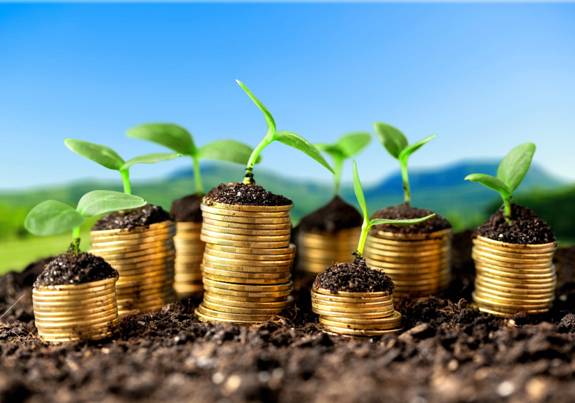 Bitcoin and other cryptocurrencies are getting their way up to the financial system in the recent years. Bitcoin mania that shook the world, with popularity and great raise in the past years, invoked many to be a part of this incredible story, to start digging their digital fortune, to invest, to trade, etc. and many others who started asking questions like how can be possible,  that something with no value in the beginning reach some illogical figures at present and become an international trading mechanism.

Here are some interesting and instructional facts about Bitcoin and its concept.

During the Financial Crisis Bitcoin was launched, when nobody knew what is going to happen with the global financial system and in the collapse time of some countries’ total  economies and the general financial crisis. Therefore combining all the things that were happening around the world, during the time when Bitcoin was launched, (financial crisis, the rise of mobile technologies and Internet and many other) and all happening at the same time or we could say in the right time and place for Bitcoin, which contributed to the Bitcoin’s upraise. The most important Bitcoin  feature is its decentralized technology and structure, which means that Bitcoin has no central control, no central management and no single point of failure. These facts are the sign of a well-organized Bitcoin system. Simply said it is the system, which works in a specific way and if it fails it will stop the entire system from functioning. The system with no one in charge-decentralized,  pulled people towards the new digital currency. People wanted a safe and a secure ‘thing’ in this insecure and unpredictable financial world.

The most argued topic about Bitcoin within the people who are new in this field is its value. It has no essence and it’s unreal. How can currency based just on a computer codes reach such popularity and bewitch the crowds of people.

The main thing here is that you can log into your account anywhere in the world without any control and limit as before, when people traveled overseas. They weren’t allowed to take large sums of money or some valuable items. Today’s money with its exchange rates  brings people to the similar problem, money that they own doesn’t have the same value in foreign countries, but Bitcoin has the same value anywhere in the world. Bitcoin money is decentralized and government does not have any influence or control over it, neither can confiscate it

A NYU professor recently stated : Bitcoin is young people saying we have no faith in our institutions. Therefore we can say that Bitcoin is a faith based currency of a new financial era. Similar financial eras appeared in the past like the Netherlands’ Tulip bubble which also was based on the unstable financial situation, just like in the beginning of the Bitcoin. So can we have faith that Bitcoin currency will last? Some people are still risking  their assets investing in Bitcoin, well, they have a little faith in the Bitcoin’s future, haven’t they? This comes from a deep faith, like the Bitcoins raise proved that everything is possible. Previous breakdowns in faith and confidence of  Fiat money reflected in decreasing of investments. With faith and belief of  the internet Bitcoin crowds, there’s still positive expectations, also Bitcoin’s  raise proved that such expectations are possible. Dedicated Bitcoin fans survived crashes of the currency with faith and pride as the say. The destiny of Bitcoin is a matter of faith. There will be constant struggle between pessimists and believers.

4 – You never know where you will find the next Big Idea.

Following Bitcoin from its start taught us a lot, from its first appearance till now. At first we heard about the new currency but later studying about Bitcoin was a challenge. Learning about Bitcoin was exploring the darkness of the Web, its structure, learning about computer cryptography, searching through a various sites. It is interesting that none of the larger financial institutions or banks didn’t care about the Bitcoin. A couple of financial websites mention it passively in the time of  Silk Road affairs and commotion.

Bitcoin was put aside by the majority, and the world passively misdirected attention to it.

Finding new ideas is not hard as it seems, just think of your childhood when everything was possible and exciting, be yourself and make your own decisions and ideas, and the most important of all, believe in yourself. Think of what can you give to the world technology or tool that everyone will use. You must exit the common standards and usual thinking to be able to make something. Bitcoin has showed that practically nothing can become a lot of something.

There is a famous saying of Albert Einstein: Logic will get you from A to B, but imagination will take you everywhere.

If  we think about, the past days of  Internet and minority of users, sites that were not famous but later made a spectacular popularity, people who get wealthy following their imagination and living a dream, people who maybe knew what is coming next or be able to imagine it. Bitcoin tickled the investors’ imagination when it showed up in 2009.and made people to start dreaming about the enormous opportunities that these digital coins offer. We can not even imagine what is going to come up next  in the cryptocurrency world, is it a smart investment or a bubble waiting to burst as some say. We cannot even imagine.

The Death of the ICO and the Rise of the SAFT

Overview of Tools for Crypto Investors: From MetaTrader 5 to Blockfolio – what do professional bitcoin traders use?