Ripple might be the most FUD-resistant coin in the market

Say what you want about Ripple and its somewhat worrying shortcomings like its lack of decentralization, its relationship with banks or its apparent inability to decide if it’s a cryptocurrency or a security, the coin has shown impressive resilience to FUD in the past. 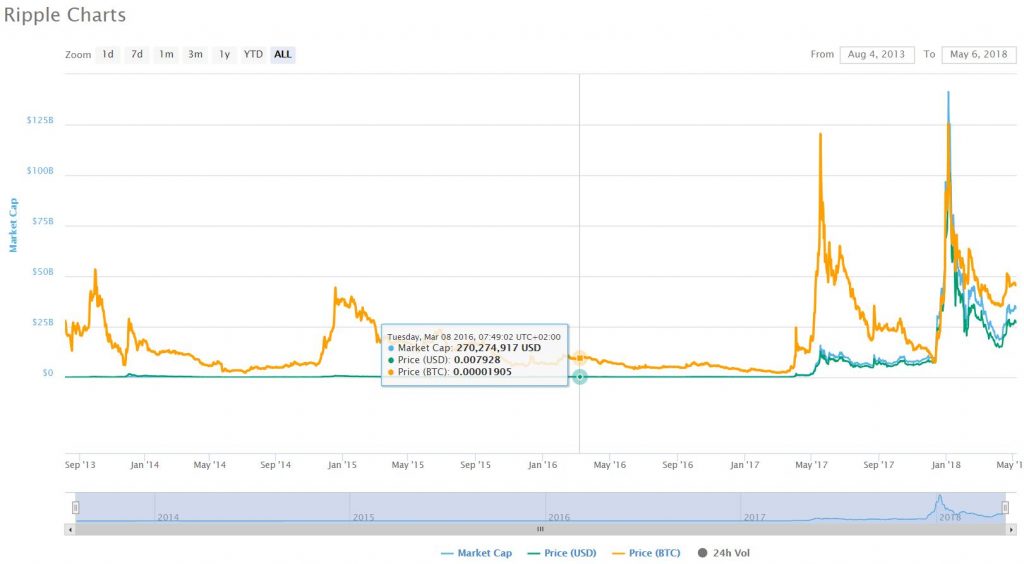 Ripple price has indeed seen some better times, as it recently tumbled down pretty hard from its all-time highs. At one point it fell all the way down to $0.47 but we are recently starting to see signs of recovery. Currently the price seems to be stuck moving sideways and is hovering somewhat below $0.8-$0.9.

This apparent volatility wasn’t caused by the bad press about Ripple. Biggest reason the price fell can be found in the crash which the entire market experienced at the turn of the year. Ultimately XRP survived the downfall as good as any coin on the market and even managed to record a relatively good first quarter of 2018. During this three-month period, Ripple recorded the following achievements:

Perhaps most importantly, XRP user base decided to remain faithful and support the project through thick and thin. One wonders what does the future hold for the coin and its community and how the project will fare in Q2 and beyond.

The Ripple project seems to be heading into a good period, as do most other altcoins to be honest. The spring/summer are usually chock full of projects announcing news, updates, launches, conferences, partnerships etc. and Ripple isn’t lagging behind. Let’s take a look at some of the events which are coming in the following months:

Before considering the impact of these future events one needs to consider the fact that a hearing regarding the XRP’s status as a security is about to begin. If the token is declared a non-security and if all the announcements turn out to be positive, XRP and its holders could end up having a lot of reasons to be happy about.