Home » Journal » What are Crypto Whales? How They Affect Coin Market?
JournalTrading

What are Crypto Whales? How They Affect Coin Market?

In simple terms, Whales are people of group of people working together to hold a huge share of a single coin. These are usually the large players such as Hedge Funds and Bitcoin Investment Funds. They can use their advantage to manipulate the price of a coin to the desired price.

Whoever is involved in the cryptocurrency trading for some time, must have heard the term Whale. For instance, when you see a huge drop in a coins price, people will sometimes blame it on whales that are dumping on the market. If you think about it, whale is the biggest creature in the ocean and can probably defeat any other fish. Same is with the crypto market. Massive hedge funds and investment funds that have a large percentage of a coin volume can be compared to a whale. The smaller the volume of a coin, the easier for a whale to manipulate it.

The moves made by whales can cause waves and if you are careful enough, you can ride them also and make some profit. But just as easily, a whale can crush you, so you have to be very cautious. 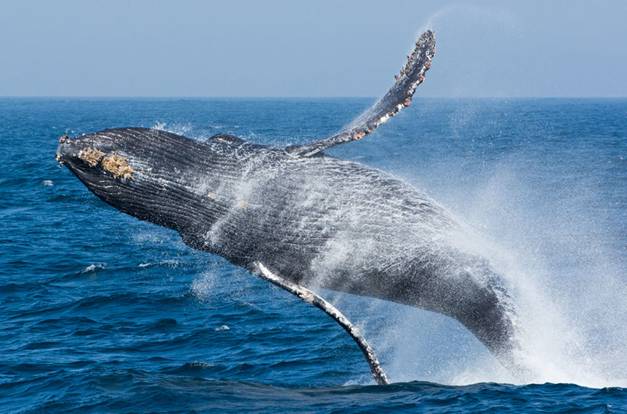 How to Ride Crypto Waves

According to popular web site babypips.com, spotting a whale early could allow smaller traders to go along for the ride and profit alongside the whale as well as avoid being crushed by the whale and being left with losses.

If you are looking to go long (buy) altcoin, you should wait for the whale to appear. Let’s take a look at some early signs to spot a whale.

On the other hand, if you want to go short (sell), here are the signs.

Sudden cancellations of big buy orders – If you see large bid sizes starting to quickly disappear in the order book, there might a whale in the house who is about to take a massive dump (sell in large quantities).

Strong momentum in price – When a coin has skyrocketed in price in a short amount of time, it’s considered to have very strong momentum. But it’s very likely that this momentum will quickly disappear just as fast as it appeared. Why? Because the price was probably not driven by any new material information or real news, but due to a whale in the house driving up the price. Once price has reached a certain level, the whale will stop eating (buying large quantities) and will want to take a massive dump (sell in large quantities).

Very strong acceleration in volume – If there is a sudden surge in volume and the amount of trading volume is abnormally high relative to recent volume (e.g. 3x larger than usual); there might be a whale in the house.

It is important to note that whales don’t always buy coins the traditional way through exchanges. It is possible for them to use Over the Counter Trading or Dark pools. In this way, they are able to buy large sums of digital currency far from the watching eyes of the public. They are doing this because they do not want other to spot the early signals and that the market is getting manipulated.

In 2014, someone posted a limit order to sell 30,000 bitcoins at $300 each—well below the mid-300s price level the cryptocurrency had been trading at throughout the weekend. In the still-nascent market, an order of that size spooked the market, sending prices plummeting to levels not seen since November 2013.

Bitcoin traders almost immediately named the seller “BearWhale,” and the name proliferated quickly throughout social media. And although he was eventually defeated – the order was cleared after making a remarkable pattern in the bitcoin price chart (below) – the community of cryptocurrency enthusiasts has begun to mythologize the incident, creating artwork and poetry in honor of the battle. Not only are they proud of successfully pushing against this perceived bearishness, but also no one can really figure out why the BearWhale emerged to begin with. 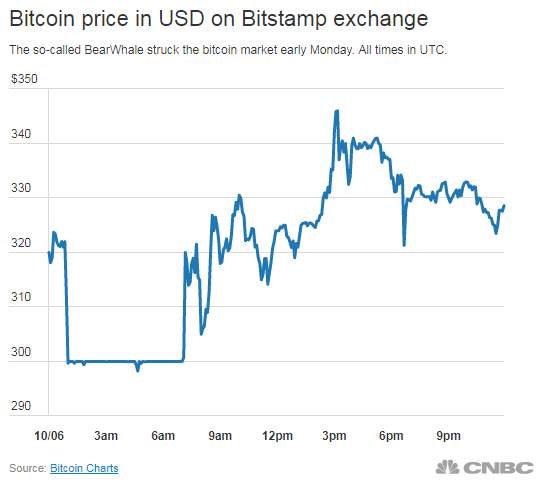