What is PotCoin Coin (POT) – Ultimate Guide for Beginners

PotCoin offers a simple transaction platform for legal cannabis trading. In many countries around the world where cannabis is officially allowed to be sold, the company has a growing dealer base and the Potcoin coin is accepted as a means of payment. 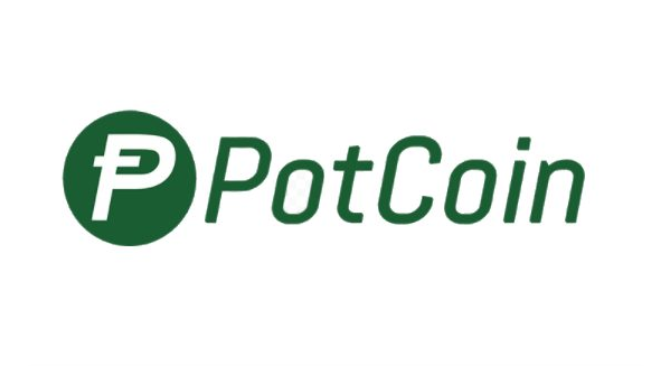 PotCoin was originally a fork of Litecoin-QT, but with some important differences, including a shorter block generation time, a faster halving schedule and an increased maximum number of coins.

To start trading marijuana with POT, a user creates a digital wallet which generates a unique public address to receive the coins and a private key to access the funds. Potcoins transferred to a user’s wallet can be used to anonymously buy and sell cannabis products on a global scale.

The currency reward for mining the currency stands at 210 potcoins per block. Mining can be done using ASICs, GPUs or CPUs. The mining algorithm for the currency has since changed to POSV from Scrypt. This new algorithm is designed to reward both the ownership of the coins and the transactions.

Who is behind the project?

It was released in January 2014 by three entrepreneurs in Montreal, Canada.

The founder and CEO of the company is Joel Yaffe.

He has already been involved in two other successful companies, GuestDriven. com and ICanGoWithout. com.

His co-founder Nick Iversen has more than 13 years of experience in design, marketing, advertising, branding and user experience.

The CIO Russ Thomas enriches the team with 21 years of experience in information security, financial services and start-ups.

Alec Rochford is the sales director in the USA. He has professional experience in sales, business development and improving customer relationships.

What is planned for the future and what are the company’s goals?

PotCoin wants to become the payment standard for cannabis transactions and strengthen customer loyalty in the community.

They also strive to give credibility, stability and security to the ever-growing cannabis community and to eradicate the negative image of the scene.

Not long ago, cannabis was illegal in the USA, so trade and use are not “socially acceptable”. This makes traditional payment processing via banks difficult.

PotCoin also wants to save users the high transaction fees. Currently, 44 companies are listed in their dealer directory and further expansion is planned.

In this effort, the Developers and Ambassadors Program was launched to attract more local dealers for the project.

The company is also involved in charitable projects and has established a non-profit fundraising program for various charitable organizations.

Since PotCoin concentrates exclusively on the cannabis market, the development opportunities are still relatively limited.

The cannabis trade is illegal in many countries and, accordingly, these markets remain undecided.

A rethinking of marijuana in many countries and legalization for medical purposes makes PotCoin interesting and promising.

You can’t buy it directly for fiat on any exchange. You can choose the best coin exchange for your region and buy BTC there, then trade it for POT on exchanges. Read here how you can quickly convert other coins to bitcoin and the other way around.

What Cryptocurrency To Invest In? Best Altcoins To Buy in 2020