What is Maker (MKR)? | Beginner’s Guide 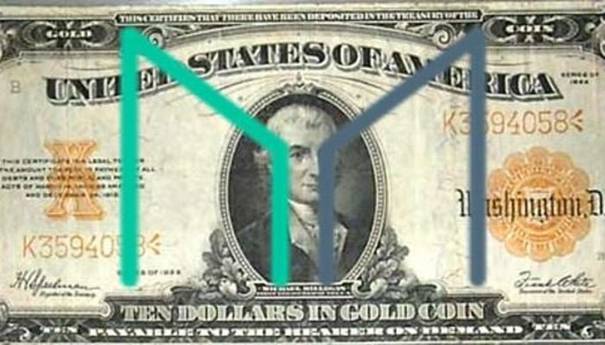 Maker’s MKR coin is a recent entrant to the market and is not a well known project. However, after today it will be known by many more people after blowing up 40% and it is one of the coins to rise to prominence during the recent peaks and troughs.

MKR is a cryptocurrency depicted as a smart contract platform and works alongside the Dai coin and aims to act as a hedge currency that provides traders with a stable alternative to the majority of coins currently available on the market. Maker offers a transparent stablecoin system that is fully inspectable on the Ethereum blockchain. Founded almost three years ago, MakerDao is lead by Rune Christensen, its CEO and founder.

What Is the Dai Coin?

After being developed by the MakerDAO team, Maker Dai officially went live on December 18th, 2017. Dai is a price stable coin that is suitable for payments, savings, or collateral and provides cryptocurrency traders with increased options concerning opening and closing positions. Dai lives completely on the blockchain chain with its stability unmediated by the legal system or trusted counterparties and helps facilitate trading while staying entirely in the world of cryptocurrencies.

The concept of a stablecoin is fairly straight forward – it’s a token that has its price or value pegged to a particular fiat currency. A stablecoin is a token (like Bitcoin and Ether) that exists on a blockchain, but unlike Bitcoin or Ether, it has no volatility.

Tether is the most popular example of a stablecoin and is issued on the Bitcoin blockchain via the Omni Layer protocol. Tether is essentially centralized as it can only be created or destroyed by Tether Limited and is backed by fiat U.S. dollars in audited bank reserves. These coins allow traders to maneuver more efficiently without having to touch fiat currency. Normal cryptocurrencies are not perfect for any form of direct payment or use as collateral due to their immense volatility. Stablecoins are needed to mitigate the market risk of mercurial crypto-assets in order to prevent huge fluctuations in value. These coins also allow crypto exchanges to provide their users with fiat currencies without having to undertake the prolonged and stringent verification process that goes with allowing fiat trading.

The MakerDAO team, which has thirty-five members, worked to develop fully inspectable and transparent stablecoin system that could operate as a trustworthy asset-backed currency and a viable option to other stable cryptocurrencies such as Tether and Bitshares’ BitUSD. Dai was launched on December 18, 2017, as one of the first decentralized stablecoins that runs on the Ethereum blockchain, and currently only accepts ETH as collateral.

In contrast to Dai which is a stablecoin that is suitable for payments and savings, MKR is a utility token, governance token and recapitalization resource of the Maker system, and it has a volatile price because of its unique supply mechanics and role on the Maker platform. On the other hand, MKR and DAI tokens are issued by the same organization/community and central to keeping the process fully efficient and completely decentralized is the relationship between these tokens.

How Does It Work?

The Dai works in a similar way to Tether – both coins are non-mineable, both are collateral-backed assets, and both are soft-pegged to the price of one U.S. dollar. However, Dai operates without centralized control as the mechanism is maintained by the market. In addition, the Dai also works in unison with the MKR token, which is more stable than most digital monies on the market because of how it’s valued. The MKR token is free to fluctuate in value and helps to facilitate the entire process. Users effectively create their own Dai by using Ether, which must first be wrapped into a compliant token and then shifted into an MKR token before Dai is issued into an account. Funds can then be stored as stable Dai coin. Also, owners can reverse the process to sell Dai back into Ether whenever necessary.

The Dai is pegged to the US dollar, meaning that 1 DAI = US$1. The currency is autonomously maintained using smart contracts that adapt and respond to market dynamics, which guarantees that the currency remains pegged to the USD and provides traders with stability regardless of the state of the market. The Dai coins are stable and linked to the USD. On the other hand, the MKR token is free to move in price and increases in value in line with an increase in use. You can only use MKR to pay the fees accrued on CDPs that generate Dai in the Maker system, and if demand for Dai and CDPs increases, the demand for MKR should also increase. On top of this, when stability fees are paid with MKR, the MKR spent is permanently destroyed. This reduces the total MKR supply, thus increasing its value.

Maker covers four broad markets that could benefit from the use of Dai – gambling markets, financial markets, international trade, and transparent accounting systems.

The entire process limits the amount of volatility crypto traders are exposed to. It also allows users to generate their own coins via an autonomous system of smart contracts. Each Dai is backed by some valuable asset held in the secure Maker smart contract platform and anyone can lock their tokens up as collateral and issue Dai against them. This makes it possible to take long positions on DAI and hold assets there that you want to be stable, making volatility and having to experience the markets every move a thing of the past.

Digix has also recently partnered with Maker in order to help combine the best of both projects to deliver the ultimate stablecoin to the blockchain ecosystem – the Dai Stablecoin backed by Digix Gold tokens (DGX) as collateral.

Check out MakerDao’s website and its whitepaper for more information.