What Is Mysterium Coin (MYST)?

Mysterium Coin is a cryptocurrency that is part of the Mysterium Node Network. This network is decentralized.

Serverless VPN nodes are provided on a peer-to-peer level. Nodes “are nodes of data in a network that connect users or connect the user to a terminal device such as a router.

The mystery company currently has a market capitalization of USD 10-12 million.

The coins can be purchased on the digital exchanges Liqui and Bittrex at a current price of 0.55 USD.

As owners of Mysterium Coins, users gain access to the Mysterium Node network.

At present, the coins are only tradable, but will later be used as means of payment on the mystery platform.

The Mysterium network is decentralized and based on blockchain technology. Smart Contracts are used to provide users with functions such as smart channels and protocols that can bypass censorship. 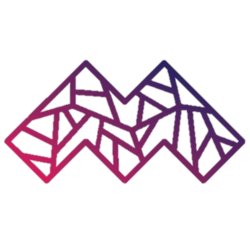 Mysterium also offers techniques for users to restore their privacy. However, the platform is not only very lucrative for the user side, but also for the providers.

The providers of VPN nodes are external and can also do good business by offering their technology.

The cost of the service thus depends on the prices of the providers. As this is a complete competition, low prices can, therefore, be expected.

Mysterium Coin was founded by Robertas Visinskis. The founder has the vision of a widespread, trustworthy and sustainable network that provides open access and data protection for all Internet users.

He has dealt with the problem that the Internet is not currently accessible to everyone, nor is it fully protected. In his view, censorship on the Internet and espionage are unethical and unnecessary, which destroys the technical and social progress of society.

Often, the need to encrypt data is presumed to be illegal, or it is associated with the Darknet, for example. However, some application areas are used for encryption and only protect the privacy of the user. For example, when a traveler visits public places where he or she uses private accounts via the Internet.

Or for companies that use encryption to protect themselves against spying. Encryption also plays a major role in the political context.

For example, when activists are planning a protest that should not be prevented from the outset. Encryption does not always mean something bad, it is everyone’s right.

The Mysterium team has been dealing with censorship on the Internet for a long time, but ultimately believes in less crime, greater corporate profits, and stronger political power if censorship is suppressed by third parties.

Mysterium is a decentralized network that provides its users with secure and censorship-free access to the Internet.

The Mysterium team relies on close cooperation with the community, which calls it the “App” of the network.

You can’t buy it directly for fiat on any exchange. You can choose the best bitcoin exchange for your region and but BTC there, then trade it for MYST on exchanges. Learn here how you can instantly convert altcoins to bitcoin and vice versa.

Our recommendation is always check if Coinbase is available for your country and buy there – as it is by far the safest and best regulated bitcoin exchange.