Home » Blockchain » Are security tokens the new standard? What is the difference between security vs. utility tokens
BlockchainJournal

Are security tokens the new standard? What is the difference between security vs. utility tokens

Cryptocurrencies have been under the hawkish eye of tax authorities all around the world for quite some time. Just recently, the spotlight became even brighter when US Congress and Securities and Exchange Commission held hearings with various financial and crypto experts. This was followed by a hearing by the US House of Representatives Committee of Appropriations that was held on April 26, where regulation on the wild world of cryptocurrency was seriously discussed. This was the first time this specific committee held a session and SEC chairman Jay Clayton was summoned to testify as the “cryptocurrency expert”.

The most important point that was taken from Mr. Clayton’s testimony was him describing the cryptocurrency world as a “complicated area”, claiming that there are many arguments which distinguish Bitcoin from other cryptocurrencies on the market. He especially noted the distinction between Bitcoin and currencies that are yet to be launched via an ICO. “Bitcoin”, Chairman Clayton said, “has been determined by most people to not be a security.”

Tokens that are being launched through ICO’s as a way of financing projects are seen under a different light. “There are none that I’ve seen that aren’t securities,” said Clayton, adding: “To the extent something is a security, we should regulate it as a security.” 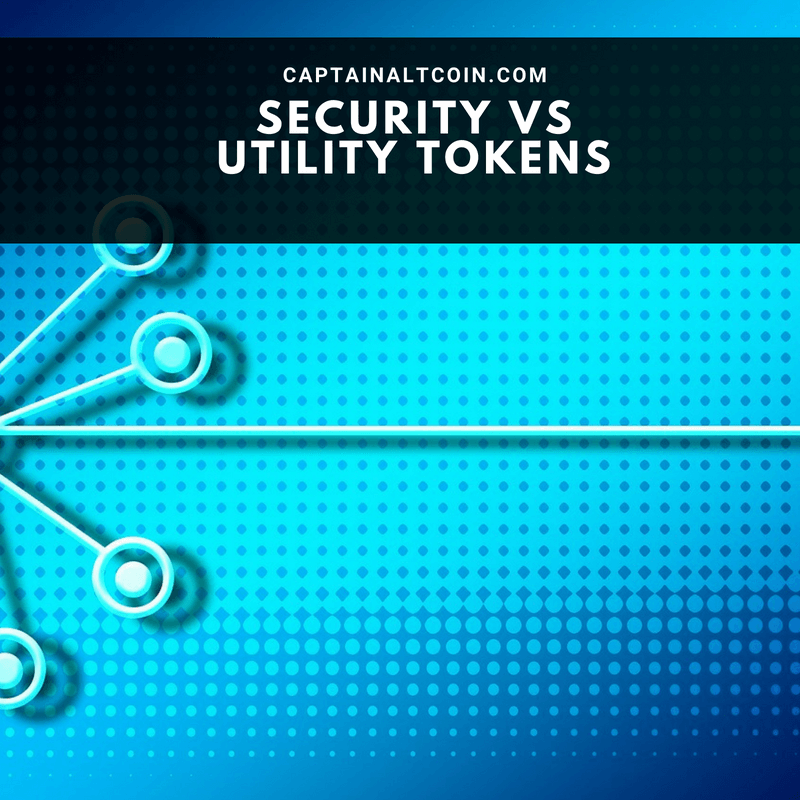 This increased talk of treating cryptocurrencies as securities comes closely followed by murmurs of heavy government regulation. Normally, the company that is emitting securities is required to register with the SEC and fulfill numerous requirements to become eligible to do so. The SEC claims that securities regulations are disclosure-based, adding that companies should provide the required information on their own volition. While we are accustomed to companies taking their duties to the government very seriously on classic financial markets, most new crypto-companies fail to comply with set regulations and launch their cryptocurrency without much respect for lawmakers.

With ICO’s raising over 6.3 billion in Q1 of 2018 it is clear that crypto market has grown much faster than expected, leaving regulatory people in the dust wondering how to approach this new budding industry. The fact is that the legislation is falling behind, and when something like that happens, the governments tend to use the “scorched earth” tactics which result in overregulation. However, in the case of cryptocurrency, numerous US government agencies reiterated that they plan on “leaning into” this world and slowly discovering its inner workings. Admittedly, sometimes it can be hard to distinguish if a token should or should not be regulated. Even so, more often than not the decision will come down to the lawmakers/enforcers ability to differentiate between utility tokens and security tokens.

Utility token or an “app token” is a token that has a practical use in a company’s ecosystem. Usually a company will launch these tokens and will explicitly add that said tokens are NOT being designed as investments; this practice makes sure to exempt the token from federal laws governing securities.

Every utility token is nothing more than a digital coupon for a future service that is being developed by the launching company. While people who participate in the initial coin offerings might view the token as an investment opportunity (thus bringing the token into the realm of securities), ultimately it all comes down to the way SEC views it. A so-called Howey test is currently an important part of this determination process; the test itself has three requirements which the token needs to fulfill in order to be treated as a security:

Utility tokens, while requiring investment of money to purchase, are not actual investments. They do have the potential to bring its owners profit. This profit margin is directly related to the fact that the supply for most utility tokens is limited. If the demand for the utility token grows, so will the price of each individual token. This creates a window for investors to “buy low, sell high”, this earning a healthy profit.

Some typical examples of utility coins include Filecoin, which managed to collect 257 million dollars by selling tokens which will provide people with access to its decentralized cloud storage platform. Another storage-related utility coin is Siacoin. Company Bonpay released a token called BON, which will be an integral part of its ecosystem and trading. Aworker is an AI powered decentralized platform for recruitment. People can use it to become recruiters and recommend acquaintances for job positions they believe will fit them well. It will also have an inner token to fuel its economy.

Crypto tokens can be at times classified as securities and land under federal securities regulations, namely when they draw its value from being connected to an external, tradable asset. Basically anything can land under such a broad definition, which is why Howey test is important to determine the finer nuances of deciding if a token is a security or not. When the previously mentioned requirements are fulfilled, a token is a security and it must comply with the SEC and federal securities laws.

Security tokens come in all sorts of shapes and forms, from coins redeemable for precious metals to tokens backed by real estate. Security tokens are basically similar to a company’s share, with the owner being promised to profit from the company’s activities. Case in point is the online retailer Overstock who recently announced that tZERO, one of its portfolio companies, will hold an ICO to fund the development of a licensed security token trading platform. The tZERO tokens will be issued in accordance with SEC regulations, and Overstock CEO Patrick Byrne has stated that token holders will be entitled to quarterly dividends derived from the profits of the tZERO platform.

Many industry observers believe that mainstream companies will one day issue shares through ICOs, either in place of or in addition to traditional public offerings. Projects selling securities will need to register their ICO’s with the federal government to ensure maximum legal compliance. Failing to do so has already cost a few tokens their chance to succeed, most notably Bitconnect and Tezos.

High regulation means that security tokens are usually easier and cheaper to launch, as there is a clear set of guidelines which the project needs to follow. This is good as it lessens the possibility of a slip-up or misdirection. However, the trading potential for a security token can be quite limited, as federal government might decide to outright ban investors from certain countries from taking part. Heavy restrictions can stifle the flow of money, innovation and growth, which could result in the token not living up to its full potential.

An STO is similar to an ICO in that an offering is made by a business to the crowd, in which consumers purchase crypto tokens built on a blockchain, but the two do not share many similarities beyond that. Whereas ICOs are the sale of coins, purported utilities or even currencies, STOs are the sale of securities.

STO participants are investors, not users, who pay and receive a security (i.e. equity, debt, revenue share, etc) that is represented by a token. In order to sell securities to the crowd, a company has to register the offering with the SEC (difficult and expensive) or use an exemption from said registration.

Government agencies aren’t against cryptocurrencies or ICO’s in general. They see the potential crypto brings and would like to get a slice of the pie themselves, even though crypto principles clash directly with the principles of centralized government control. Still, most crypto experts agree that some regulation is necessary, especially to stifle the rampant growth of scam ICO’s. It’s is important that this regulation is accurate and not too invasive, in order slowly start balancing the Wild West known as the cryptocurrency world.