Home » Altcoins » How to Create Your Own Cryptocurrency
AltcoinsJournal

How to Create Your Own Cryptocurrency

Being a part of the crypto community comes along with some fun and unusual questions. One of those questions would definitely be “Would it be possible to create my own cryptocurrency?” The answer to the question is yes, you can. After all, when doge can have its own coin, you can have it too. The path to creating your very own cryptocurrency isn’t that complicated but there are still a couple of things you should know before doing it. 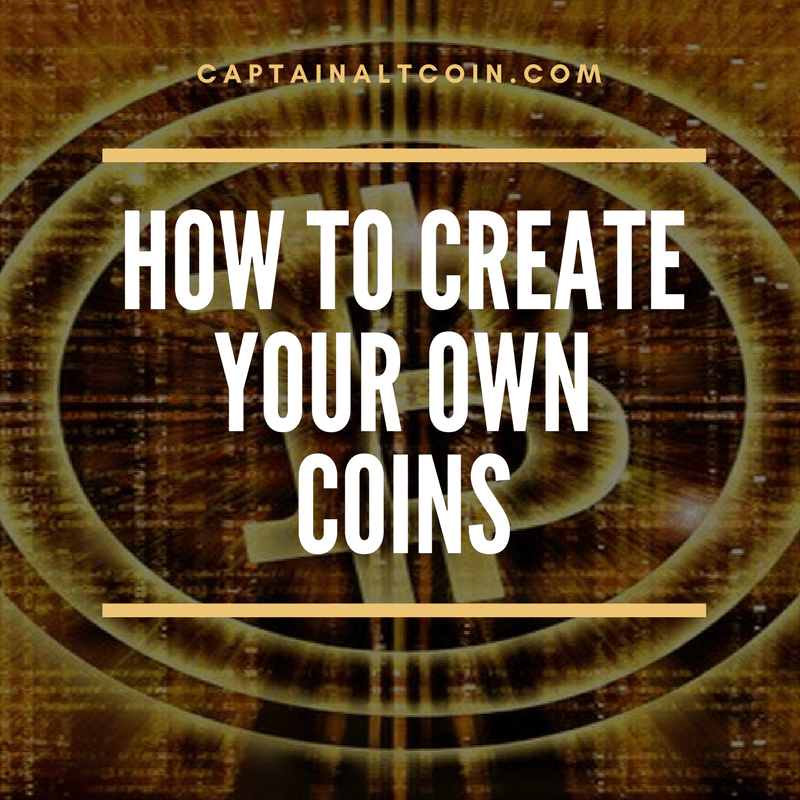 Each cryptocurrency has its own defining elements which make it stand out from the rest of the pack. However, some of their characteristics don’t vary much (if at all) from one crypto to another, meaning that we can sort them and create groups based on similarities. The most basic grouping we can do is one where we divide available cryptocurrencies into tokens and coins.
Coins would be classic cryptocurrencies which have an infrastructure of their own built from scratch and work on top of their own blockchains. Bitcoin is the best example of a coin that has its own independent transaction ledger, meaning that it doesn’t have to use outside help to verify its transactions. Coins are usually used as a currency, helping its owners transfer and hold value. Coins can also be used to buy other coins or tokens.

Tokens on the other hand are dependent on an existing infrastructure. Most often used infrastructure is Ethereum, which has a built in ERC-20 token capability. Many companies don’t like the time-consuming process of creating their own blockchain; they can circumvent this process by simply creating their own ERC-20 tokens on top of the Ethereum blockchain. This trend has recently started picking up pace with ICO’s of Ethereum-based coins popping up everywhere. As a direct result we have recently seen launches of EOS, NEO, QTUM etc.; all of those are platforms looking to provide a service similar to the one Ethereum does.

Mentioned ICO’s (Initial Coin Offerings) are the most popular way of launching tokens. Investors use fiat to purchase coins like Bitcoin or Ethereum and then take part in the ICO by purchasing the token with mentioned coins. Tokens can also be purchased post-ICO, after they become publicly available on an exchange. Anyone can, with a little knowledge about Ethereum smart contracts, create a token and announce its ICO. Tokens usually have a bigger role than just holding value, as they are used as integral parts of the launching company’s financial ecosystem. By creating a product which utilizes an in-house built token, the company ensures that said token has an actual utility and isn’t a simple currency or a security.

As much as a blessing the tokens are for the crypto markets, if we look at the big picture they can (and already have) become a problem as well. Since anyone can create a token, the process is bound to be noticed by some malicious players. These people will create a bogus ICO, sell worthless tokens with no actual project behind them, take investors’ money and run away. A crypto that was actually named PonziCoin while offering a full disclosure that it was a scam ended up collecting 250 thousand dollars before its founder went into hiding, amazed by the fact people were still willing to give him money. After some pretty big ICO’s took a similar route US Securities and Exchange Commission decided to step in and bring some regulation to the market. It is still early days of their involvement though so we should expect more scam projects to pop up in the near future.

A Coin Or A Token, That Is The Question

You can invest into learning more about cryptocurrency, blockchain designing and create everything from scratch. This will require you to hire developers, crypto experts and advisors which will cost a lot of money, a lot of time and a  lot of nerves. However, Internet is a beautiful place which offers you easier, hassle-free ways of doing just about anything, and this includes creating your own coins. For example, CryptoLife is a website which offers you the service of creating your very own coin with only a few clicks. You are required to enter your coin’s name, its logo and some other necessary parameters and the development team behind CryptoLife will deliver a fully functional coin in a matter of days. They even offer a Templates database which allows you to create a clone of an already existing coin like Bitcoin or Litecoin. The service isn’t cheap as you will need to fork out 0.25 BTC for every coin they make for you. Similar to CryptoLife is a website called WalletBuilders which offers a free trial version and costs about 0.01 BTC.

Tokens can be created on top of smart-contract based platforms. The details about what the token is created for will be written into the contract. It’s fast, easy and simple to create a token as you don’t have to invest time and money into developing a new blockchain. Ultimately it is up to the one who wants to launch a currency to decide which option he prefers best.

Launching a cryptocurrency can be a difficult task, even with all the available crutches to support you along the way. Once your crypto is created, you want it to reach people and convince them it has value. A good cryptocurrency has a clear use case and is an integral part of some ecosystem. It also has a developed infrastructure and is supported by a massive community.

The power of marketing and reach can decide if a cryptocurrency will fail or succeed. Just look at the already mentioned Dogecoin; it is nothing more than a joke coin and it has still grown quite alot on top of its meme appeal and faithful community.

The fact of the matter is that new cryptocurrencies will mostly fail. Some predict that not even 5 percent of the total market players we have today will live to see the year of 2028. The term “shitcoin” is there for a reason and it won’t be going away any time soon. Anyone who wants to create their own cryptocurrency should carefully weigh out the pros and cons of doing so. Determine your goals, have an action plan and do proper preparation to ensure that your creation doesn’t become the latest entry on the “shitcoin” heap.