Bitcoin gained a huge popularity in the past year, with starting price in January of around $1,000 and reaching the price of $19.535 in mid-December before stabilizing at around $14k at the end of 2017.  Bitcoin was all over the media, forums and social networks, discussing on the pros and cons of rise in the price and popularity of the Bitcoin, but most of all concerns on the subject whether Bitcoin is a bubble ready to burst or not.

?What is bitcoin mining all about? Is it profitable to mine bitcoins in 2018?

It may not matter whether Bitcoin is a bubble. The staggering energy costs associated with “mining” the digital currency could prove to be its downfall.

Let’s take a look at some important facts about Bitcoin mining and electricity consumption:

–       Estimated number of U.S. households powered for 1 day by the electricity consumed for a single transaction is 30.62 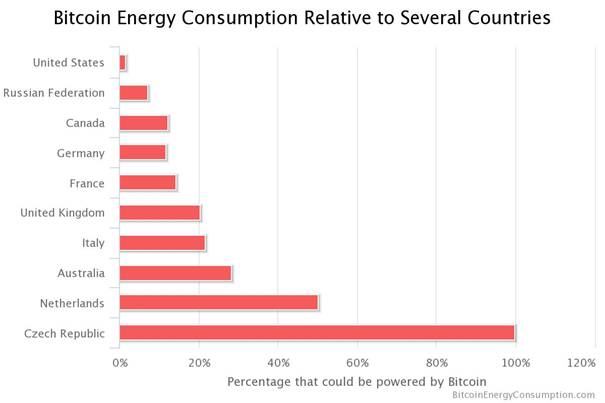 A blockchain is digitized, decentralized public ledger where all cryptocurrency transactions are recorded. New transactions are put into blocks of data and recorded onto the end of a chain of existing blocks, hence the name blockchain.

The process of creating new blocks is called mining and it consumes a lot of electricity. One of the reasons for consuming so much electricity is that it requires a lot of computing power. Blocks are created through hashing process of transforming the data associated with a group of transactions. In order to get a hash that starts with the required number of zeros – it changes (typically increasing) after every 2,016 blocks or roughly every two weeks – a miner has to tweak the data and then hash it, check whether the result has the proper number of zeros, and, if not, start over again. That process of hashing and rehashing usually goes on thousands of times and consumes lots of energy.

After the miner finds a valid hash on the network, it is used to create a block and add it to the chain. For this work he is rewarded a block reward or newly minted Bitcoins. This process of recording transactions on public ledger or blockchain through mining is called Proof of Work.

Due to the complex calculation the energy cost of Bitcoin is high in comparison with that of conventional financial transactions. For example, according to one estimate, processing a Bitcoin transaction consumes a lot more energy than 100,000 VISA transactions. 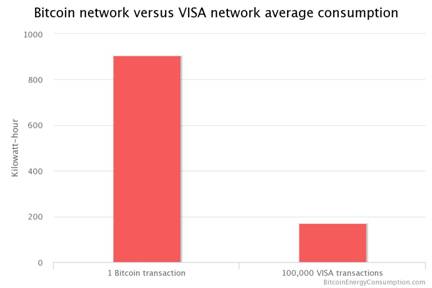 Basically, Proof of Work consensus has a competitive nature and incentivizes miners to employ as much computing power to the blockchain as possible. The more computing power a miner has, the faster he can solve complex mathematical equations and have higher chances to finish the block first and get the block reward.

As much as cryptocurrency mining was originally designed to be something everyone could do with their home computer, those days are long gone. Today, whether you’re mining Bitcoin, Litecoin, DASH, or a host of other cryptocurrencies — the most effective way to do so is with a piece of hardware known as an ASIC miner.

ASIC miners differ from a graphics card or CPU mining system in that those more general pieces of hardware are designed to do more than one thing. Application specific integrated circuits, or ASICs, are chips that are designed with a singular purpose, ranging from audio processing to managing a cellphone call. In the case of cryptocurrency mining though, these chips are built into specifically designed motherboards and power supplies, constructed into a single unit.

Even if you own a single ASIC your chances of successful mining are slim. These days you can find a massive mining farms or pools. These pools can contain hundreds of ASICs in order to have more computing power. What is more concerning is that they have to be competitive with other mining pools and need to increase their overall computing power.

Bear in mind, as we mentioned earlier, difficulty in mining Bitcoins increases every 2,016 blocks. The purpose of increased difficulty is that no miner is able to solve complex equations too fast and take all the newly minted Bitcoins. As the level of difficulty increase, the mining rigs must work harder and thus spend more energy.

Alternatives to Proof of Work

In November 2017, the founder of Ethereum blockchain Vitalik Buterin, in his interview with Bloomberg, stated that he believes that ether should be limited in supply. According to Buterin, one way to limit supply, at least temporarily, is through locking up some of the ether currently in circulation. That’s the plan as ethereum moves to a new way of verifying transactions on its network. Known as Proof of Stake, it requires users who want to be rewarded for validating transactions to deposit ether for a set amount of time. The more ether they set aside, the bigger the reward for verifying the network. Buterin said the ethereum community may transition to Proof of Stake as early as the end of the year.

The Proof of Stake was created as an alternative to the Proof of Work (PoW), in order to solve energy cost problems. With Proof of Stake, owners create blocks rather than miners, and not requiring power spending machines that produce as many hashes per second as possible. Because of this, the energy consumption of Proof of Stake is negligible compared to Proof of Work. The first cryptocurrency to adopt the PoS method was Peercoin. Nxt, Blackcoin, and ShadowCoin soon followed suit.

The Proof of Stake (PoS) seeks to address this issue by attributing mining power to the proportion of coins held by a miner. This way, instead of utilizing energy to answer PoW puzzles, a PoS miner is limited to mining a percentage of transactions that is reflective of his or her ownership stake. For instance, a miner who owns 3% of the Bitcoin available can theoretically mine only 3% of the blocks.

Bitcoin will probably never switch to such a consensus algorithm, but most of the altcoins will probably choose this consensus mechanism as the path going forward. The only downside is that there are many different versions of Proof of Stake, and none of these have fully proven themselves yet. Nevertheless the work on these algorithms offers good hope for the future.