Home » Altcoins » What Are the Differences Between Hard Forks and Altcoins?
AltcoinsBitcoinBlockchainJournal

What Are the Differences Between Hard Forks and Altcoins? 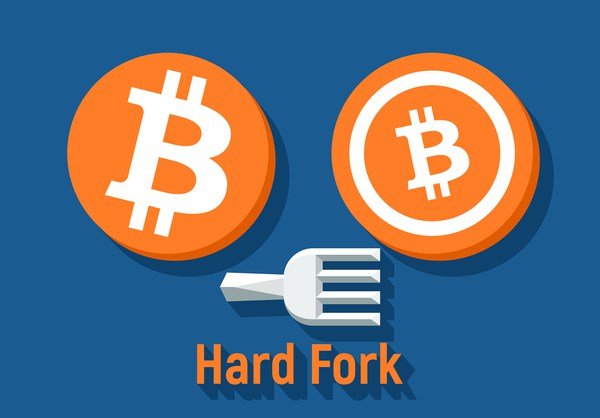 In recent years, there have been multiple attempts to create offshoots of Bitcoin, the largest cryptocurrency by market capitalization, by attempting hard-forking changes to the crypto’s protocol rules. Bitcoin forked more than once in its history producing forks with names like BitcoinXT and Bitcoin Classic. However, there weren’t many notable forks for most of its existence. Then in 2017 two notable forks appeared, Bitcoin Cash and Bitcoin Gold, and due to the success of Bitcoin Cash specifically, a number of Bitcoin forks began to be announced toward the end of 2017.

But how different are these coins from the other alternative crypto assets currently available in the market? Let us discuss the difference between a hard fork and an altcoin.

What is a Hard Fork and What is an Altcoin?

Alternative cryptocurrency coins, also called altcoins, simply refer to coins that are an alternative to Bitcoin. The majority of altcoins are a variant (fork) of Bitcoin. They are built using Bitcoin’s open-sourced, original protocol with changes to its underlying codes, therefore conceiving an entirely new coin with a different set of features. Created in 2009, Bitcoin was the first cryptocurrency and has since been the largest in terms of market capitalisation. Bitcoin also remains the most popular cryptocurrency, with millions of users trading the 16 million bitcoins currently in electronic circulation. Quite simply, Bitcoin is the standard for the digital currency asset class.

A hard fork is a permanent divergence from a cryptocurrency’s main block chain, which usually occurs when a party is opposed to changes being implemented by the other. A hard fork can also occur when the main chain is comprised and a new chain is created to restore stability, but this situation is rare. This was the case when Ethereum hard forked as a response to the DAO hack.

Hard forks are not so difficult to pull off on crypto asset networks that do not have a diverse user base. However, this job becomes much more difficult as these networks grow and become more decentralized over time.

So, both altcoins and hard forks involve the creation of a new crypto asset network, but in the case of a hard fork, the new network has been created for the sole purpose of upgrading an already existing crypto asset network. Also, in a hard fork, you will receive the same number of tokens as you own on the main chain from a specific point in time called a snapshot, which means that anyone who had 100 Bitcoins on the original network will also have 100 coins on the new network. It’s important to note that new altcoins can also be created in this manner. However, there is almost always a new, initial distribution of tokens via a crowdsale, mining, or some other mechanism.

One more thing worth noting is that there is no hard fork without consensus. When there isn’t universal agreement, it can result in the creation of a new altcoin. A hard fork is a protocol change that requires all users to upgrade, so without near-universal consensus from the nodes on the already-existing crypto asset network, it would be difficult to make the case that the new network is simply an upgrade of the old network rather the creation of something new.

Bitcoin Cash (Bitcash) was forked on August 1, 2017 and is considered to be the most successful Bitcoin fork of all times. However, Bitcash did not have much support when it was launched, which means that this was the creation of a new altcoin rather than an upgrade to the bitcoin network.

Bitcash and other coins that distribute a new altcoin to current bitcoin holders based on the UTXO set at a specific point in time are a specific type of altcoin known as a “spinoff coin”. Other than Bitcash, the only other two spinoff coins that have gained any sort of notoriety among the greater cryptocurrency community are Bitcoin Gold (Bitgold) and Bitcoin Private (Bitprivate).