The world of football has not escaped the growing interest in cryptocurrency technology. Thus, several teams and professional players have announced both projects to create tokens and to implement this technology for various purposes. In most cases, the goal is to increase the interaction of clubs and players with the fan base.

Even UEFA itself, the highest body in charge of coordinating and directing football activities in Europe, reported in mid-August that it would also make use of distributed accounting technology. In this case, it was not used to finance the organisation or to increase its interaction, but to sell tickets for the most recent edition of the European Super Cup, where Real Madrid and Atlético de Madrid met.

The system worked to sell and distribute all the tickets for the match, using an application based on blockchain, although they did not specify on which blockchain the registration was made. UEFA released this information in a press release published on its website, in which they also stated that the system allows tickets to be distributed securely, avoiding duplication or counterfeiting.

Some renowned clubs have joined this fever, even creating “blockchain strategies” to adopt this technology and position its brand globally. World-renowned players have also ventured to launch similar projects. 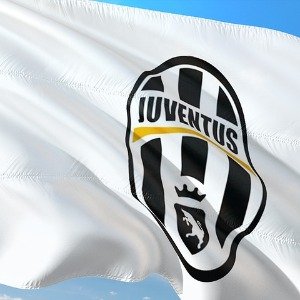 A few days ago, it became known that the league champion and one of the constant candidates to win the Champions League, Juventus of Turin, signed an alliance with Socios.com for the creation of a token focused on their fans. The chip will use the blockchain of Chilliz, a chain of blocks created as a fork of Ethereum.

“Juventus is pleased to welcome Socios.com as our partners. In the club we are always very attentive and proactive regarding innovation and new technologies. Together with Socios.com, we believe we can offer new opportunities to our fan base around the world,” explained Giorgio Ricci, Juventus’ Director of Global Associations and Corporate Income, about the agreement.

The Parisian club also allied with Socios.com for the creation of its token and the carrying out of a kind of Initial Coin Offer (ICO) they have called Fan-token Offering. The PSG token will also be supported on the Chilliz blockchain and has the same goal as Juventus: to increase the club’s interaction with its fans globally.

“Paris Saint-Germain is determined to take advantage of the opportunities offered by crypto coins. This revolutionary technology will have a major impact on the club’s overall business strategy and the way we interact with our fans,” said the club’s Director of Strategic Alliances, Marc Armstrong.

In England, this technological fever has not gone unnoticed. In fact, two teams have announced their intentions to make Initial Coin Offerings to finance transfers of their clubs. These are New Casttle and Cardiff United.

According to local media reports, the two clubs would be close to signing an alliance with the startup SportyCo to define the terms of the launch of their ICO. Through this project, the goal is to make it easier for fans and investors to invest funds directly into their teams, so that they can be used in January, when the winter market opens, for transfers. 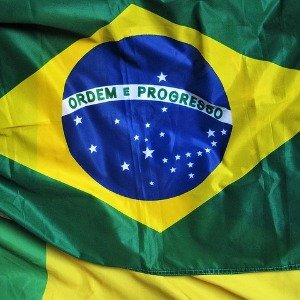 In the American continent, the situation is similar, and Brazilian clubs are the ones that have shown the most interest in this type of fundraising scheme, with the aim of realizing certain projects aimed at the development of these teams.

In this sense, in mid-September, Avaí, from the second division of Brasileirao, also signed an agreement with SportyCo for the realization of an ICO to promote the team to the first division of the competition and even to the Copa Libertadores, the most important club competition in the south continent.

In addition to SportyCo, Avaí signed an alliance with Blackbridge Sports, a sports management and consultancy company. “Our goal is to raise US$20.46 million, with a minimum limit of US$8 million,” the club said. However, technical details of the project are not known.

In early July, Club Atlético Paranaense, also part of the Brazilian league, revealed at a press conference their plans to start working with crypto coins. To this end, they partnered with the French startup Innovi LTD, which will allow them to raise funds for the team’s expenses, as well as pay part of their athletes’ salaries. In addition, with this agreement they will be able to give an incentive to the interactive participation of the fans and to the decentralized growth of the club.

?Keep your coins safe: read our articles on how to use Ledger Nano S wallet and where to buy it and Trezor Wallet Review or check out other top hardware bitcoin wallets here.

Brazil is one of the countries with the longest football tradition on the continent. Its clubs have also shown great interest in cryptocurrencies.

The French company offers ownership of the “IVI” token, a cryptocurrency that allows investment in sports clubs and decentralized payments. The club will advertise IVI before starting to use it formally, so that, over the next 12 months, players will wear the company logo on their uniforms.

Corinthians also sealed a similar alliance with Innovi, although no details have been published on the agreement and implementation of IVI in the club’s economy. Both teams are historic Brasileirao teams, demonstrating the country’s growing interest in cryptocurrencies and their technology.

At the end of May, Cruzeiro, one of the country’s oldest clubs, reported on the completion of an ICO to finance rehabilitation and improvements to its new stadium in the city of Cachoeirinha.

The club reported on its plans in the last week of May, making it the first team in Latin America to announce such a funding mechanism. The club is working with the Brazilian cryptocurrency financial advisory group Iconic, although there are no further details.

“We know that small clubs go through a difficult situation. So, we thought about how to deliver a solution that would include infrastructure resources and at the same time be durable. (…) With ICOs, they don’t get into debt and still participate in a pioneering initiative,” explained Jonathan Darcie, Iconic’s head of business.

Other clubs around the world have also innovated by taking advantage of crypto currencies, although they have used them in other ways. One such case is the Italian club Rimini, which sold 25% of the team’s shares using the Quantocoin coin. The purchase was made at the end of August by the company Heritage Sports Holdings (HSH), located in the United Arab Emirates.

Earlier, in July, Gibraltar United became the first European club to pay its players using cryptocurrencies. The club also entered into an alliance with Quantocoin to use this crypto currency as part of its squad payments. This is the oldest team in the European country, so it could boost a new trend in the nation.

While this trend has been noted in many teams, some players have begun a similar path, in which cryptocurrency technology has been understood as a possibility to connect the big players with their fans globally.

Such is the case of the Colombian footballer James Rodríguez. The cucuteño signed an agreement with the startup SelfSell to create his JR10 token. The company focuses on supporting individual projects for people who require special funding since 2014.

A similar path was taken by former player Michael Owen. The Englishman teamed up with Global Crypto Offering Exchange (GCOX) and plans to create his own token. He said so during an interview in Hong Kong in May, where the ex-Soloador explained the reasons that prompted him to bet on cryptocurrencies.

“When Bitcoin’s price reached a new record last year, I knew it was a clear trajectory of cryptocurrencies as a global phenomenon,” Owen said.

Other players such as Lionel Messi, Ronaldinho, Didier Drogba, Andrés Iniesta and Carles Puyol have also been involved with cryptocurrencies and their technology, engaging in different projects linked to the implementation of these technologies in both football and sport in general. Facts that show that the “blockchain fever” also spread to the world of football.

How To Transfer Your Bitcoin To Other Cryptocurrencies