What Is Skycoin Coin (SKY)?

The Skycoin Coin describes itself as a third generation cryptocurrency. The project started in 2012, around the same time as Litecoin.

It is designed as a long-term infrastructure project.

The company sees itself as a successor of Bitcoin, seeking to return to the original vision of its founder, Satoshi Nakamoto. 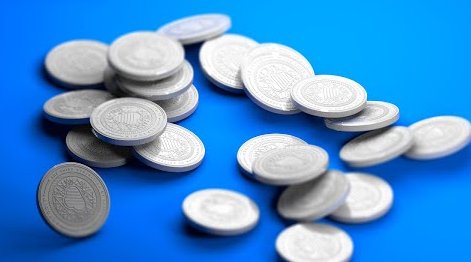 What are Skycoin Coin’s goals?

Over the years since Bitcoin was founded, there has been some controversy over how the cryptocurrency has changed and whether the community is still pursuing Satoshi’s original vision.

Skycoin would like to return to the original idea of Bitcoin and offers users in this context a faster transaction time of only 10 seconds.

There is a fixed upper limit for the coin quantity. Furthermore, it uses neither a proof-of-work nor a proof-of-stake algorithm.

Skycoin Coin’s system can thus protect against the so-called 51% attacks and double expenditure.

How does the Skycoin platform work?

Skycoin is coded from its basic structure in the Go programming language initially developed by Google.

Bitcoin has lost much of its decentralized structure due to pool mining. Skycoin wants to counteract this with its very own consensus algorithm, called Obelisk.

Furthermore, there is no mining at Skycoin. For Satoshi, mining turned out to be one of the primary failures and non-cryptographic threats to the development and survival of Bitcoin.

What advantages does Skycoin Coin offer the user?

Skycoin is designed for speed.

The protocol was built to compete with credit cards and other instant online payment options.

Transactions can be completed within seconds. Tracking transactions with Skycoin is impossible.

The system is safer because it does not depend on the miner’s intentions. Because there are no miners, there can’t be a 51% attack.

The team is building an extensive ecosystem of real-world applications for users on the Skywire network developed by Skycoin Coin.

The first applications in the Skywire network include messaging, social media and VPN apps.

Skycoin Coin implements several unique features that distinguish it from other cryptographic currencies.

It prevents human greed and mining pools from undermining the meaning and purpose of cryptocurrencies and thus, in the eyes of the developers, from moving further and further away from Satoshi’s original vision.

All in all, this is a well thought-out and progressive project that has so far been able to meet all expectations of users and experts alike.

This makes Skycoin a promising cryptocurrency that tries to revive the ideals of Satoshi’s original idea.

For the future, Skycoin Coin’s offer is likely to be extended by some applications to attract even more users. However, more details are not yet known.

You can’t buy it directly for fiat on any exchange. You can choose the most popular cryptocurrency exchange for your region and but BTC there, then trade it for SKY on exchanges. Learn here how you can instantly convert altcoins to bitcoin and vice versa.